Cardano will have a new Lace wallet

IOG is building a new wallet called Lace that will bring many innovations to the cryptocurrency world and has the potential to raise the bar. 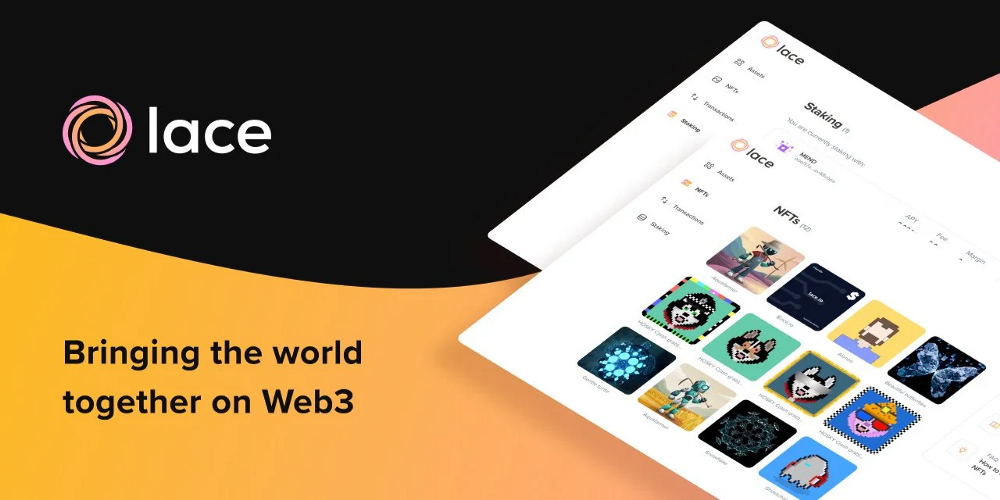 When it comes to technology, a lot of attention is paid to blockchain networks. For end users, however, the wallet is the most important as it will directly affect what can be done on the network and how securely. The first wallets made it possible to accept and send native coins. With the advent of tokens, the possibilities extended to them as well. Once the first decentralized applications appeared, wallets became the gateway to Web3. Users could start using various financial services. Coins and tokens can be securely exchanged, loaned to someone for a reward, or voted through.

People have constant control over coins and tokens. Third-party developers don't have to worry about the underlying infrastructure, as blockchain networks like Cardano provide that. They can focus only on their business logic. The wallet allows access to all third-party services.

Twitter will allow you to use NFT in your profile. Many other giants like Adidas, Coca-Cola, Meta, Mcdonald's, and Samsung are also thinking about how to use this new technology to strengthen their relevance in the market. Today, there is no company that can afford to ignore the potential of blockchain.

All of these well-established companies have one thing in common alongside the new Defi projects. They don't have to build their own infrastructure or wallets. Users will have their favorite wallets and know how to use them. All that companies have to do is issue a new NFT series or deploy a new decentralized application. Users will know how to get and store tokens and how to use a new service.

It will work the same way with stablecoins and cryptocurrencies that will be used for payment. The range of options will soon be extended to include decentralized identities.

The Lace wallet will be integrated with an identity management solution from the IOG team called Atala PRISM. This will allow users to create their own decentralized identity (DID). This will further enhance interaction with various Web2/Web3 services.

Almost all web services require some form of login. This sector has been dominated by current giants such as Google, Twitter, and Meta. When logging into a new web service, you can use an existing account from a service you already use to do so. The user experience is significantly better but at the cost of possible misuse of your user data. 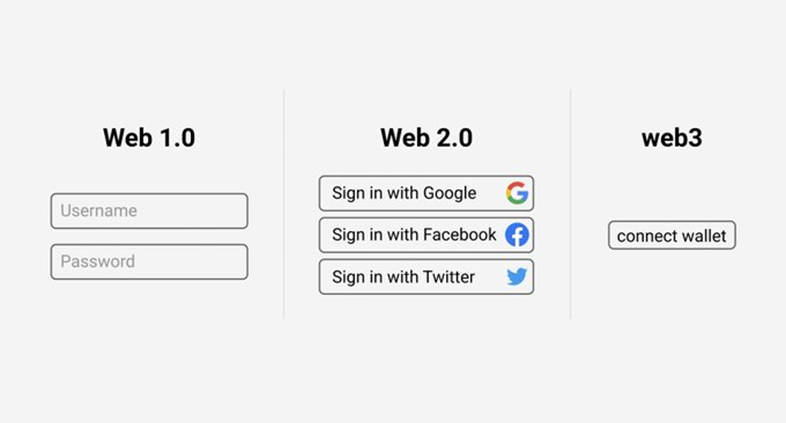 DID allows you to keep a better eye on your private data and control what you specifically provide to third parties. As long as the DID is authenticated by an authority, you can use it as an official ID card for other authorities and institutions.

This way you will have your ID and value (money and tokens) in one wallet. When using financial services, you always need both and it doesn't make sense to separate the two. This way you can have everything you need on your mobile for communication with officials, financial interaction, work, and entertainment.

Published NFTs can be linked to the authors' DID. It will be easy to verify who published the NFTs and whether the NFTs are authentic. Application developers can take advantage of this and link users through DID and NFTs in many possible ways. Today's transactional networks can send a value from a pseudo-anonymous address to a pseudo-anonymous address. DID will allow providing more context to transactions. Applications will add business logic. When purchasing digital content, for example, users can easily verify that they are actually buying the original from the creator of the work.

One wallet for many blockchains

We think that in the future, one wallet will serve many blockchain networks. The Lace wallet will be primarily for the Cardano network and it has not been announced to support other blockchain networks. However, this doesn't necessarily matter as bridges are being built to connect blockchains. It won't matter what network companies use to issue tokens on. The infrastructure needs to be connected in such a way that the user does not know what networks and services are being used in the background. Adidas will issue its NFTs on blockchain A. Meta on blockchain B. You can use Lace, in which the tokens of blockchains A and B will be tokenized on the Cardano network.

It may take several years for such an infrastructure to emerge and be sufficiently secure, reliable, and scalable. However, it is certain that this is where things are heading. For the foreseeable future, most transactions will take place on blockchain and their second layers. A trust layer will emerge on top of TCP/IP protocols to enable peer-to-peer communication.

Interestingly, new business models may emerge. For example, it is now difficult for any connection to emerge between Twitter users and Amazon. Amazon can pay for advertising on Twitter and Twitter users can see it. A bigger connection is not possible today. The new blockchain infrastructure can connect everything through tokens and DIDs. It's up to the imagination of innovators how they use it.

This kind of interconnection is of course possible at the network level even today, as it is a fundamental feature of the Internet. What doesn't exist, however, is a single interface that makes it easy for the user. They use a different account to connect to Amazon than they do to connect to Twitter. The wallet as an input to Web3 is what will connect everything. A token obtained from Twitter can be used in Amazon services and vice versa. The possibility to easily create this kind of connection does not yet exist, yet it makes sense. We can create an environment that is not as fragmented as it is today.

The connection between Twitter and Amazon will be a multi-blockchain wallet. Users will have one interface for everything. The companies probably wouldn't agree to collaborate and create a similar connector. Now they will have it available without effort and can just take advantage of it.

For example, if someone issues digital tickets in the form of NFTs, they can be sure that users will be able to save the ticket on their phone. Nowadays, only email can be used for this purpose. There is a lot of fraud involved in reselling tickets. NFT combined with DID and blockchain wallets solves the problem.

If users want to communicate peer-to-peer, they need to use a full-node wallet. It turns out that people are not interested in using full-node wallets because it is user-unfriendly. People like lightweight wallets and don't mind having to rely on third parties to serve as an intermediary between the blockchain and the wallet. This is true even if you are using Trezor and Ledger hardware wallets, which are connected to servers to enhance the user experience. Users have to rely on the infrastructure of third parties.

It makes no sense to force people to use full-node wallets. It is necessary to deliver a solution that people will be happy to use. Lace is going to be a lightweight wallet that you can keep on your mobile phone. Lace will have the security of a full-node wallet and allow peer-to-peer communication through Mithril technology. There will be no need to rely on third parties.

Lace will be able to work smart with cold keys and hot keys. For some operations (changing the staking pool) you will only need a PIN or password, for others (like transactions with larger amounts) you will need to connect an HW wallet.

What the wallets of the future must look like

The first wallets had two basic functions: Receive and Send. It was all about copying addresses, which is prone to making fatal mistakes that can end in irreversible loss of funds.

The wallets of the future must use DIDs or some form of identity-linked tokens. Users must select the recipient of coins or tokens as easily as they select the name of the person they want to call in the phone book. This will increase security.

It must be easy to verify the authenticity of the token, view the NFT, or verify that the token actually represents the value or right that is expected.

Wallets will be used as input to Web3, which must be a seamless experience. Users will have easy access to various applications and must be able to verify that they are using only secure ones. This can be done through an independent security audit. Each application will have a security score and the user can decide if they want to use the application. If they want to swap tokens or buy some, this should be possible through a few clicks.

Lace should have all these features. Clear staking and voting in Catalyst are a given. The wallet needs to evolve to be easier to use, have more features, and support new standards, while still being secure and reliable.

At the current stage of the blockchain industry, teams are primarily focused on protocols and smart contract platforms. Less effort is being devoted to wallets. This will change with increasing adoption and the demands of new users. Reviews will one day not be written about blockchains, but about wallets and their features. This will be one of the main criteria for users. Having BTC, ETH, ADA, USDC, or USDT in one wallet will be a given. Next to that will be NFTs and easy access to apps. Most services will use DID, thus wallets will be the connecting point for the majority of services. From one wallet you can pay for goods at Amazon, log into Twitter, buy Tesla stock, and start a movie from Netflix. Let's wish the Lace wallet does well in the competition.

Source: Cardano will have a new Lace wallet

The possibility to issue tokens on Cardano increases the utility of the network. It will bring network traffic and new users. After the Mary hard-fork, Cardano will become a multi-asset ledger. Let's ...

For the IOG team, the high decentralization of the Cardano protocol is both a top priority and a technological challenge that they are enthusiastically exploring. Decentralization is a key feature tha...
19-04-2022, 13:35 · 19 min read · Cardanians.io

The security of public networks is not governed by a centralized authority. It is something that evolves organically with the growth of projects. Let's have a look at how secure Cardano is....
25-01-2021, 14:46 · 18 min read · Cardanians.io