Cardano will help tokenize the economy of the future

Modern technology is changing the way people interact. Blockchain will have a significant impact on changing business models in the next 20 years. Cryptocurrencies will be used for payments. The question is whether these will be native coins of individual projects or stablecoins. Cardano can play a significant role, as it will enable the tokenization of the economy. 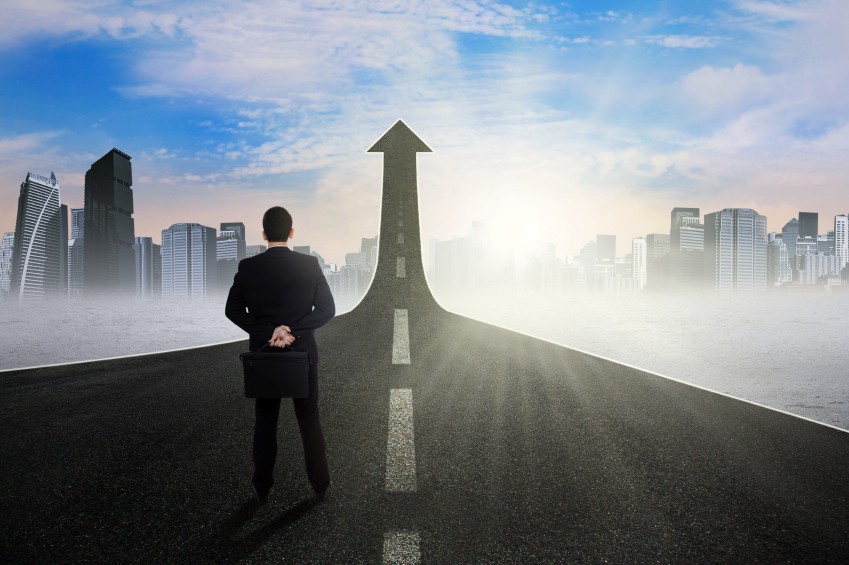 Who remembers OpenBazaar? OpenBazaar was a decentralized marketplace launched in 2016. You could pay with bitcoins on it. OpenBazaar tried to replace the service of big internet shops, i.e. the business that Amazon, eBay, or AliExpress does. At the same time, it wanted to replace payment services like VISA or Paypal. The seller could offer his goods on the platform and if the buyer was interested, he could communicate directly with the seller. The payment was made through a multi-signature bitcoin account and with the assistance of a moderator. The advantage was that users did not have to provide KYC/AML information.

The future is in tokenization

The failure of OpenBazaar pointed out several facts. A functioning economy cannot be built on top of Bitcoin, and a new service cannot compete with the current strong players in the market just because it uses cryptocurrencies. Fortunately, technology development has continued to move forward and adoption is growing. The ideals of decentralization live on, things are just going in a different direction.

The biggest advantage of OpenBazaar was the ability to not provide KYC/AML information to third parties. Cardano is able to enable this through decentralized ID (DID). This will be implemented through the Atala PRISM project, which will be integrated into the new Lace wallet. If companies adopt the DID standard and start using it, they will not need to know the identity of their customers. Businesses don’t have to worry and protect user data from being hacked, and they will still be able to interact with their clients. If they need to get a delivery address, only the carrier of the goods will see it. Smart contracts can perform the same function that a moderator did in OpenBazaar, making the service more reliable and cheaper. Payments will be peer-to-peer.

Thanks to blockchain, new business models will emerge in which tokens will play an important role. Cardano works with tokens in the same way as native ADA coins, making it a suitable platform for tokenization.

The business of IT giants like Meta and Twitter is built on users creating content. Companies find out private information about users so they can insert targeted advertising into the content. People are slowly realizing this and they don’t like this model. That’s why many people block advertising. Services often force you to turn off blocking on their site.

Basically, people want to get some perks for watching ads and for creating content that attracts the attention of others. They want to share the profit. Tokens can be a great way to do that. The best content and comments are rated by other users. If a company gave tokens to authors and at the same time forced advertisers to pay for ads with those tokens, a circular economy would emerge that would benefit everyone.

Tokens can be well used for any form of voting. If users of a subscription service regularly received free tokens, they could associate them with a favorite service or product. For example, clients of a streaming service could vote for their favorite show through tokens and receive a portion of the profit from the viewership. Popularity rankings would be more relevant as users would be motivated to express their opinion.

Providing tokens on a regular basis would essentially mean that the longer a client uses the service, the more influence they could gain. If a company wanted to know what clients valued most, or what direction to take, it wouldn’t have to rely solely on its own research from the collected data. Clients could voice their opinion through tokens. At the same time, clients would feel that they can influence the direction of the service they use.

The Automated Market Maker model used by decentralized exchanges could be applied in other places. The idea is that those who provide liquidity get paid by the users who use the liquidity to swap tokens. If any business model is built on one party providing something and the other paying for consumption, the service provider can share the profit through tokens. This incentivizes the first party to provide the resource and the company shares the profit in a completely transparent way. People could provide money, another physical resource, time, or opinion.

Supermarkets sometimes give clients stickers based on how expensive a purchase they made. For a certain number of stickers, they then give them some benefits. This process could be tokenized so it would be more automated. Along with the payment, the client would immediately receive tokens.

NFTs released by reputable labels would have a different value than when released by a completely unknown artist. If a company that holds the copyrights to characters from a well-known TV show or movie released a limited edition NFT, there would be interest. It would be extra revenue for the company and a sought-after artifact for fans. A portion of the copyright could be attached to the NFT. That is if the company made a profit by allowing someone to create a t-shirt with the hero, a portion of the profit would go to the NFT holders. The price of the NFT would rise with popularity.

Co-ownership is another big opportunity for tokens. If an entirely new company with decentralized leadership were to emerge, tokens could serve as a way to distribute power among holders. Each token holder would have their skin in the game, so they would only want the best for the company. If his views didn’t take hold, he could walk away and sell the tokens at any time. Those interested in a share of the power could buy the tokens. Management would be more fluid and could be made up of motivated individuals.

Couldn’t we use a database?

Cardano has the advantage that the blockchain is transparent and no one can change the set rules, not even the company that decided to use the tokens. If the company used a database, it could print tokens when it needed to do so. For some use cases, pre-agreed rules must be followed.

Blockchain is a globally available network, so a company can use it immediately and doesn’t have to build anything. Imagine having to install a special app for each service that offers tokens. You’d have about 10 apps on your mobile phone. Once there is one wallet that allows multiple blockchains to be used, users will be able to hold tokens from all major blockchain networks. It wouldn’t matter if companies use Cardano or other L1 networks. If users wanted tokens from Netflix, Google, Amazon, Meta, or Twitter, they would have a single wallet for that.

Within Web3, users will be at the center of attention. Through tokens, they will own certain privileges, have the right to receive benefits, and make decisions about the services they use. Everything can be done anonymously, yet completely transparently.

Decentralized Identity (DID) will be a cornerstone of the future as it will allow users greater control over their privacy. At the same time, it will simplify Peer-to-Peer payments as participants can verify with who they are communicating. DID will fundamentally improve the way DeFi works and these principles will sooner or later be adopted by current financial services and businesses.

Fortune 500 company Dish and some countries in Africa are starting to use DID. Even Jack Dorsey has understood the benefits of DID and is coming up with the Web5 proposal in which he wants to build DID on top of Bitcoin. What Jack is proposing is nothing different than what Cardano already has and companies are starting to use. It doesn’t really matter what blockchain is used for DID. DID makes the most sense with tokens anyway, and Jack will figure that out soon too.

OpenBazaar was not technologically well prepared for a decentralized future and there was no interest in this service. Once the principles of decentralization are adopted by the current giants, we will move significantly forward.

There is a huge potential in tokenization that no one can estimate today. In the article, we mainly talked about new business models and did not take into account the tokenization of physical and digital objects. This is the next direction tokenization will take. Tokenisation does not live in a vacuum and other technologies are being built in parallel. Technological “lego”, or the mix of several existing technologies together, will enable the creation of completely new services.

Source: Cardano will help tokenize the economy of the future

Technology is valuable only when it is adopted and used for solving real issues. A public network can be adopted by individuals but it does not mean that an institution or even government cannot decid...

The Cardano Shelley era is about decentralization

Bitcoin is the first successful blockchain. It uses the PoW consensus algorithm that is permissionless but it does not scale well. The scalability issue is often solved by compromising the decentraliz...
04-08-2020, 10:01 · 23 min read · Cardanians.io

What is a Fair Reward for Cardano Pool Operators?

We have seen many interesting but also hot debates about the K parameter and its size. It influences many things including the rewards of operators and some people think that it should be increased. L...
03-11-2020, 12:39 · 18 min read · Cardanians.io

What is the real use-case of Cardano?

What is the real use-case of the Cardano? This question is often raised in debates on the Internet. Let's try to answer it. You will be probably surprised by the answer. Hopefully, it can help you to ...
20-05-2020, 13:42 · 9 min read · Cardanians.io

Cardano is fundamentally different from Ethereum in its accounting model. While Cardano uses the extended UTXO model (eUTXO), Ethereum uses accounts. In this article, we will explain the difference be...
13-09-2022, 18:21 · 11 min read · Cardanians.io