Many teams are building DEX on Cardano. SundaeSwap is definitely one of the more visible projects. On Sunday 5th December, SundaeSwap will be launched on test-net. Let's take a closer look at the project. 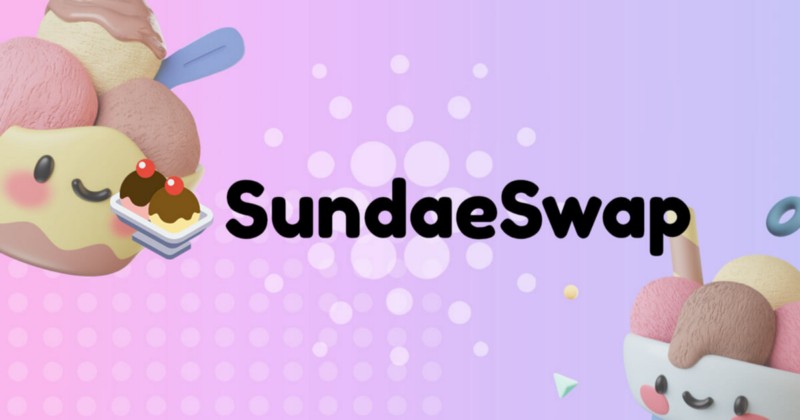 Pi Lanningham and the team are very helpful to the whole community. Many people became aware of SundaeSwap around the time of the “concurrency FUD” and the team published an article that helped clarify basic terms and described the differences between Cardano eUTxO and other models. Pi is a public figure in the Cardano ecosystem and is not afraid to speak out. The team has made useful tools available to other developers on their GitHub.

SundaeSwap Labs has raised $1.3 million in a seed round led by cFund, an early-stage sector-agnostic venture capital firm in the blockchain industry that is anchored by Cardano founding entity IOG and managed by Wave Financial.

That there is a great deal of interest in the project was evidenced by the recent vote for Stake Pool Operators (SPOs) that will participate in the SundaeSwap Initial Stake Pool Offering (ISPO). Voting ended by Epoch 302 and after the votes were counted, it was found that 22,000 voters (wallets)participated in the election with a total of 1.6B ADA coins. That’s almost 5% of the ADA coins in circulation. It definitely was one of the first and certainly one of the largest acts of on-chain governance on Cardano outside of Project Catalyst.

What was actually voted on? the SundaeSwap team let the Cardano community choose which SPOs they prefer regarding ISPO and running the initial set of Scoopers on the DEX. In short, selected SPOs will be responsible for selecting, batching, and submitting transactions to fulfill the end-users orders.

The team has collected plenty of feedback on the voting process and plans to improve it in the future. The SundaeSwap DEX’s governance structure will likely adopt a more detailed selection process and approve additional Scoopers to help the DEX scale to meet market demand.

The team created the core functionality of DEX a month ago and the code has been audited by the renowned Runtime Verification company. A few bugs were found, a few were serious, but fortunately, they were easy to fix. The team is definitely doing everything they can to make sure your assets are as protected as possible.

The SundaeSwap will be launched on test-net on the evening (EST) of Sunday, December 5th, 2021. This is a test-net, so some bugs are to be expected. That’s fine, test-net is used to detect and fix bugs before running them on the Cardano main-net. The team will initially operate the Scooper nodes themselves, but will eventually involve selected SPOs in this function.

The team encourages the community to get involved in the testing. It will be possible to get play-tokens and use them on DEX. You can swap coins via Yoroi and Nami wallets. It will of course be possible to report problems found.

Once all the issues are ironed out, the path to the main-net is open. SundaeSwap will thus probably be one of the first DEXs to run on Cardano.

Cardanians’s pools will be part of ISPO

Votes from the community helped us to become Scoopers and ISPO pool. This means that everyone who delegates with us will be included in ISPO. You still have time to delegate to our pools in order to participate in ISPO. We thank the community to support us.

We expect that ISPO will start in a few weeks. Note that this is not a classic ISPO, where the team keeps the ADA for project development and exchanges them for their tokens. In this case, you will receive ADA rewards and you will be eligible to claim SND tokens once ISPO is over. The team is providing SND tokens to the community in this way. ISPO will last a month. Follow SundaeSwap Twitter for the latest news.

Users who favor decentralization should always prefer decentralized exchanges over centralized ones. SundaeSwap, and many other projects being built on Cardano, will attempt to push the capabilities of the entire industry a step further. Swaps need to be fast, secure, and, most importantly, cheap. Cost of service and security are probably the reasons why people still use centralized exchanges. The Cardano community should strive to make our entire ecosystem self-sustaining. We will all benefit from using DeFi services on the Cardano network. Let the world know clearly that the future of finance belongs to decentralization. We can start by trying our hand at exchanging some SundaeSwap tokens. We wish the team good luck with the launch on the test-net and hope to see SundaeSwap on the main-net soon.

How to Swap tokens on SundaeSwap

SundaeSwap DEX runs on Cardano test-net. We bring you a tutorial on how to try out the token swap. We'll show you how to prepare a Nami wallet (without HW wallet support), connect it to the SundaeSwap...

Cardano becomes the most decentralized network

Media reported that Cardano became the most decentralized network in the crypto world. It happened half a year after the launch of the main-net. Let's have a look at the details....
11-01-2021, 14:35 · 13 min read · Cardanians.io