People can ask why the IOHK team works on Cardano if we have Bitcoin and Ethereum. Do we really need more public networks? These are fair questions. Let's answer them. 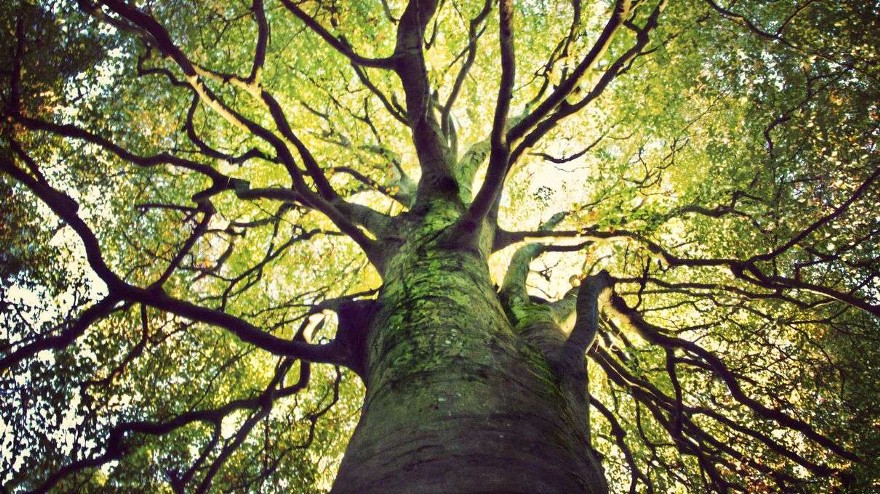 We do not know any digital technology that would have been created once and survive without being constantly improved afterward. Technology must evolve or it gets obsolete sooner or later. Why is it like that? The answer is simple. Every technology evolves so when it is not the case for a given project then others will become mainstream. At least, we have such experience from history.

Have you ever heard anything about Yahoo! company? It was founded in January 1994 and provided a web portal, search engine, and related services including email, finance, video sharing, etc. MySpace social network appeared in 2005 and surpassed Yahoo! and even Google in 2006. It was the most visited website in the United States. You have not heard about MySpace? It is possible. In 2008, MySpace was overtaken by Facebook in the number of unique worldwide visitors. In May 2009, Facebook surpassed Myspace in the number of unique U.S. visitors. Wait a minute. You do not use Yahoo! for searching on the Internet? You probably use Google. History just repeats over and over.

It can seem that Amazon, Google, Facebook, Twitter, Microsoft, and few others will be here forever. They are too big to fail and have a dominant position in the market. When a promising start-up appears IT giants just buy it including technologies and user base. If these big companies stay here then the reason will be that they improve technology and evolve. They would definitely not be here today if they had not big R&D centers and customer support. It is possible to be number one in the market for a long time but it is not automatic and for free. A lot of money is spent on the development of technologies and keeping users via marketing. Is there any chance that these big companies could disappear or be overtaken by competitors? The truth is that nobody knows. History says that it is likely but not guaranteed. It is fine that we do not know what is going to happen. If people like technology and have no reason to go elsewhere then it is maybe possible to survive for a long time. Evolution is the key to survival in the world of digital technologies. Evolution is a dynamic process. Not a static process.

People always want to use the best available technology. What does it mean to be the best? It depends on the context. In the digital world, people expect that everything happens in seconds and it will be very cheap, if not free completely. It must be easily available, reliable, and user-friendly. The fewer entrance barriers the better.

Cryptocurrencies are technologies that are going to disrupt financial services and there is the potential to become money and even a store of value. Should money evolve?

Banknotes and coins are not the only money we use nowadays. We use money in digital form. We use internet banking for transferring money. We usually pay by cards. Everything happens on the internet. These technologies evolve. It is usually a slow process since banks are not the best IT innovators. Banks are dinosaurs and technologies evolve slowly but it cannot be said that they do not do anything. No wonder that decentralized blockchain technology has the potential to disrupt banks. Crypto-space is not yet technologically ready to compete with traditional financial services. Only further development can get us to the point when we will be able to do so.

Money should definitely evolve from a technological point of view. What should or can be static is the monetary base. Assets that are to be used as a store of value require a fixed or predictable number of units. Money used as units of account and means of exchange requires a predictable inflation rate. The inflation rate should be kept very low and some theories say that it can even be zero.

We can conclude that the development of technologies must be a dynamic process while the monetary base should be static.

Evolution in the world of cryptocurrencies

The teams behind Cardano realize the fact that technology must evolve and that it is not yet ready to become an alternative to traditional banks. Bitcoin does not evolve. Its technological progress is very slow. Should smart people that want to change the world do nothing just because there is Bitcoin? There is no single sensible reason to behave like that. Crypto-space is not only Bitcoin. Should we rely only on a few people working on Bitcoin? It would stop or dramatically slow the evolution of cryptocurrencies.

Bitcoin is slowly becoming an established store of value and people are scared to touch it in order to not break anything. It is fine but why should we not build another network for other purposes? The IOHK team thinks that Cardano as a decentralized platform can become a better alternative to traditional banks or make them more fair and transparent. It is an infrastructure project with smart contracts.

It is not only about smart contracts. It is also about the evolution of the quality of decentralization. Should we rely on Proof-of-Work (PoW) and believe that Bitcoin will remain decentralized forever? How we can know it. We already have doubts. Should we work on an alternative consensus after we will see that PoW does not work well? It seems it is smarter to work on Proof-of-Stake (PoS) consensus parallelly. PoS allows us to build a more decentralized and scalable network. Let’s be honest. The current biggest networks Bitcoin and Ethereum have very expensive fees. Expensive fees kill the usability of networks. It is maybe fine to pay a high fee when you use Bitcoin as a store of value and make one transaction a month. Does it mean that we cannot do more transactions in a decentralized way? Just because fees are expensive? We can have a global decentralized network with cheap and fast transactions. It is a natural evolution of technologies. No magic, just pure math, and science.

Cardano can be considered as a kind of insurance that we will be able to build a decentralized and scalable network regardless of what will happen with Bitcoin.

We can also see the environmental impact of PoW. Bitcoin consensus consumes a lot of electricity. It is said that it is like Argentina. 45 million people live in Argentina and the electricity consumption is 120 billion kWh per year. At the time of writing of the article, the price of Bitcoin is approximately $50,000. If Bitcoin reached $1,000,000 in the bull market then it would consume 20 times more electricity. It would be like that till the next halving. Bitcoin would consume electricity similar to 20 states with the size of Argentina. It would be the same amount of electricity that needs 900,000,000 people for living. People must realize that the $50 fee can be the same amount that consumes a single household in Europe for electricity per month. Is that sustainable? Imagine that people wanted to transact more and be willing to pay even higher transaction fees. That would be insane. We cannot pretend that it is not a problem and that only renewable energy will be used for mining bitcoins. It will not if the consumption will be so huge. Should we make a difference between energy from renewable sources and dirty energy from coal power plants? Probably not. It makes no sense to use energy from renewable sources for mining Bitcoin and let the rest of the world use dirty sources. The existence of Bitcoin has a negative impact on the planet. We can discuss whether Bitcoin brings us more benefits than negatives but it could be a very long discussion and people would not probably agree with each other. Why should we lose time?

We can work on PoS and replace the consensus. Nobody forces us to use PoW forever. Once PoS proves that it is secure then there will not be any reason to continue using PoW. It is just a natural evolution that we have seen many times in the past. Let’s just admit the possibility and think about our future. We can invent better technology but it can be difficult for us to fix the environment.

The security budget of Bitcoin is also a big unknown at the moment. What if simply people are not willing to pay high fees. It may be ok to pay $50 but what if it will be $500 in 2030? This technology would hardly be usable in poor countries where a $1 fee is already too much. We do not want to repeat ourselves but there is no reason to wait for what will happen in the future. Cardano is an alternative blockchain project with different parameters, team, community, and mission.

People can have a lot of ideas and they want to realize them. If it is not possible in some ecosystems the only way starting with building a new ecosystem. Evolution is about trying new things and coming up with new ideas. The majority of attempts fail but a few succeed. Nobody can tell in advance which ones will succeed. That is the beauty of evolution. Competition is healthy and the crypto space needs it. The more projects are adopted by people the higher chance we have that the decentralization concept survives. We should never rely on a single project.

We believe that more blockchain projects will succeed. There is no proof that the project with the best technology must win. On the other hand, there is no proof that the first project in the market must ultimately win. The latest projects have the advantage that can learn from the deficiencies of predecessors. The first movers usually have the biggest user base for a few years. The adoption of technologies is unpredictable as well as changes in people’s mood. Store of value will not definitely be the only usage of blockchain technology and nowhere is written that it must be the only Bitcoin. We still do not have the exact definition of what exactly cryptocurrencies are. Narratives change every few years. The only thing that is certain is that the blockchain industry is here to stay.

Cardano has sound technology and community

Cryptocurrency communities are a new phenomenon, unlike anything we have known before. What is it like, how does technology relate to it, and what does the future hold? Let’s try to answer these que...

Why people are unable to assess the potential of Cardano

Blockchain technology is still in the early stages of development. It is difficult for ordinary people, as well as experts, to gauge the potential of this technology. Everyone agrees that it is also a...
26-10-2021, 11:14 · 36 min read · Cardanians.io

What is a Fair Reward for Cardano Pool Operators?

We have seen many interesting but also hot debates about the K parameter and its size. It influences many things including the rewards of operators and some people think that it should be increased. L...
03-11-2020, 12:39 · 18 min read · Cardanians.io

The first stable-coin on Cardano

A joint partnership of Ergo Foundation, IOG, and Emurgo resulted in the creation of the first stable-coin that is called SigmaUSD. It is a crypto-backed algorithmic stable-coin protocol with some sign...
17-03-2021, 11:35 · 13 min read · Cardanians.io

Let's talk about the realistic market capitalization of Cardano

The market capitalization and price of the native ADA coins are a hot topic of discussion on the internet. People are happy when the price goes up and sad when it goes down. Let's talk about the hot t...
09-12-2021, 08:05 · 19 min read · Cardanians.io