Cardano delegators should be aware of changes in staking

The IOG has decided to change the K parameter and it will impact not only pool operators but also delegators. Everybody should understand the changes and consider how to deal with them. It is easy to absorb the changes and react appropriately if you understand how Cardano staking works. We will try to explain the changes to you. 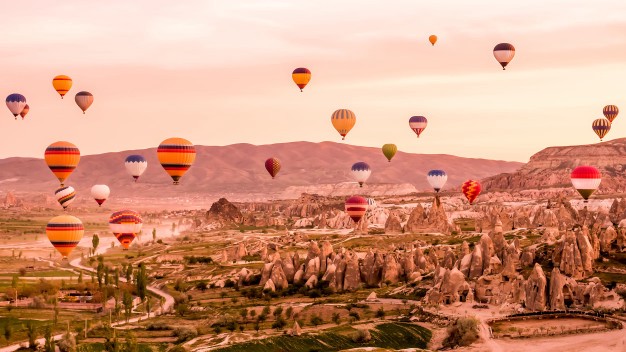 Why is it necessary to make changes in staking?

The qualities of the Cardano network, mainly decentralization and security, can be adjusted by a few parameters. Thus, it is possible to react to changes and requirements of both the digital and physical worlds. For example, there can be a technological improvement that makes some software solutions obsolete or not effective enough. Similarly, a software solution can work relatively well but the community might not be fully satisfied with that. The digital world cannot respond to the opinions of people in the physical world. Thus, the connection between the digital and physical world will depend on people. It will be like that at least for a few next decades.

The whole community is responsible for the decentralization of a distributed network. The network itself is limited in observing its own decentralization and making decisions in order to adjust it. Decentralization and security of the Cardano network depend on pool operators that are responsible for producing blocks. PoS network gives the opportunity to holders of ADA coins to influence the power of the pool operators. Thus, also delegators are responsible for key qualities of the network. In the beginning, some network parameters have been set in a way that supported only a limited number of pool operators. The interest in operating a staking pool node is tremendous. So many community members have required adjustment of the parameters in order to make it easier to become the pool operator mainly from the economic perspective. The IOG team has decided to change the key parameter to satisfy the community and at the same time, increase the decentralization and security of the Cardano network. A strong community is the best prerequisite for the success of the project.

The changes will affect staking and both pool operators and delegators will have to react to them accordingly. It should be said that it will be an easy task for delegators to accommodate the changes. There is nothing to be afraid of. You will not lose your ADA coins when you will not react at all. Only the profit from stalking can be less. It is not required to send ADA coins anywhere and be very cautious if somebody asks you for that.

What is going to change?

The second change regards the decentralization parameter d that will drop to 0 also by the end of March 2021. It means that the majority of blocks will be produced only by the community nodes. The IOG team will switch off IOG pools and it will keep running just one.

Both changes will significantly improve the decentralization of the Cardano network. To be more precise, the network will be fully decentralized in March 2021 and the existence of 1000 pools will be supported by the protocol. Let’s now have a look at how delegators and pool operators will be affected by the changes.

How to accommodate the changes?

It means that big pools that are currently near to the saturation level will be oversaturated and the ROI of delegators will decrease. It should motivate delegators to redelegate their coins to other pools that are not saturated. To maximize the ROI, delegators should delegate coins to pools that will have total stakes below 64M coins in December 2020 and below 32M coins in March 2021.

In the ideal case, delegators should re-delegate coins whenever before the changes but it will be possible also after the change. Do not forget that re-delegation requires a few epochs to take effect. If you redelegate in epoch 232, then the re-delegation will be snapshotted by the network in epoch 233 and it will be effective in epoch 234. So delegators can begin with delegation to smaller pools right now but it would be economically smart to do it at least till the end of epoch 232.

What that effectively means is that rewards will be gradually distributed to more pool operators. There is a certain size of the reward provided by the protocol for each epoch and more operators will be theoretically able to get the reward due to the lower saturation level. It can also mean that the current big operators can get fewer coins. It depends on how delegators will behave. We can expect the migration of stakes from bigger pools towards smaller pools. Whales will be forced to split their big holdings and delegate to more pools. Luckily, the feature that allows delegators to delegate coins to multiple pools from one wallet should be available soon. It will be even possible to do that from hardware wallets Trezor and Ledger.

Pool operators will have to take action as well. There is a challenge in front of big pool operators. They will have to somehow handle the fact that they will not be able to operate one big pool with a stake of around 200M coins. If they want to keep their profit at a similar level they basically have two options. They can either increase the margin to compensate for the lower saturation size or operate more pools with the same margin.

Pool operators will approach it somehow and delegators will decide whether they want to delegate to them. Some delegators will prefer pools with low margins, others might want to support their favorite operators and might accept both higher margins or more pools. From the network point of view, it is smart to support decentralization and have more independent pool operators. On the other hand, we cannot expect that we will have 1000 independent operators and there always be some bigger players in the ecosystem. It might not be necessarily bad and it does not undermine decentralization since the community might trust some bigger operators that deserve the power and influence. It might be smart to delegate to operators that are verified by time and have done something for the community than to anonymous operators with unknown intentions. A good thing is that the decentralization and security are in the hands of the whole community and not in the hands of only a few players with a big stake. It can seem that there are currently big whales but it is something that will gradually change. Decentralization cannot be enforced. It can only be supported by smart decisions.

As a delegator, you will need to care for the saturation of the pool to which you decide to delegate your coins. We can expect the migration of stakes and the saturation of pools will be changing in the next few epochs. As we said, if you delegate to an over-saturated pool then your ROI will be less. Some pool operators will probably create new pools or increase the margins. It is hard to predict when they will do it.

We did not assume that the IOG team would increase the K parameter to 500 and further to 1000 within a few months. Nevertheless, the Cardano ecosystem will easily absorb the change and it will be more decentralized and secure after the changes. If you have any questions about the topic do not hesitate to contact us.

Source: Cardano delegators should be aware of changes in staking

Cardano Shelley: How to stake in Daedalus

Cardano has entered into the Shelley era and we have prepared a guide that helps you to delegate ADA coins to a pool....

What is Cardano Staking

The primary goal of the Proof-of-Stake (PoS) network consensus is to enable the decentralized network to come to a mutual agreement among nodes about a single version of the truth. PoS is not only abo...
24-01-2021, 16:36 · 12 min read · Cardanians.io

Cardano will allow us to be bankless

About Tokens on Cardano

Cardano allows issuing tokens and writing decentralized applications. What is the difference between ADA coins and tokens? What market value can different tokens have and why? What is needed to happen...
14-01-2022, 10:26 · 29 min read · Cardanians.io

Provision of network decentralization on the protocol level

The decentralization of a public blockchain is maintained by people. However, decentralization is a dynamic process and might change significantly in time. A protocol itself might be aware of its own ...
29-07-2020, 11:35 · 18 min read · Cardanians.io